The following grants and awards are available from the Society:

Annual awards may be made from this Fund for the promotion of entomological research with particular emphasis on:

Successful applicants are required to provide a report to the Society within six months of the project’s completion, including high resolution JPEG images for use on the Society’s website. Publication of an article in the Society’s Journal or a poster presentation at the AGM or Annual Exhibition would be welcomed.

Awards may be made to assist travelling and other fieldwork expenses, for the study of collections, or, exceptionally, for the costs of publication of finished work. In total an award is unlikely to exceed £500 each year.

Applicants should email a covering letter with a statement of their qualifications, their plan of work and the precise objectives and amount of money for which an award is sought. Only one application is accepted for each research project per annum.

Please apply to the Society’s Grants Officer. Further information may be obtained from the same address.

The closing date for applications is 1st December each year and awards will be made in the following February.

This fund is named in memory of Professor Erich Martin Hering (1893 – 1967) and is financed by a generous bequest from his family. 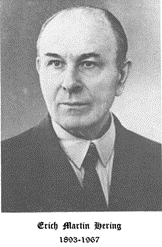 The Society invites applications for grants from its Research Fund. Awards are open to both members and non-members and will be made to support research on insects and other invertebrates with reference to the British Fauna, and with an emphasis on:

Work on leaf miners and gall-forming insects should be submitted to the Society’s Professor Hering Memorial Research Fund. The work and travel is not limited to the British Isles but must have a demonstrable relevance to the British fauna. Travel to examine museum collections and to consult taxonomic specialists would be included.

Successful applicants are required to provide a report to the BENHS within six months of the project’s completion, including high resolution JPEG images for use on the Society’s website. Publication of an article in the Society’s Journal or a poster presentation at the AGM or Annual Exhibition would be welcomed.

Preference will be given to work with a clear final objective (e.g. leading to publication or the production of a habitat management plan). Individual grants are unlikely to exceed £1000.

Applicants should email a covering letter with a statement of their qualifications, their plan of work and the precise objectives and amount for which an award is sought. Only one application is accepted for each research project per annum.

Please apply to the Society’s Grants Officer. Further information may be obtained from the same address.

The closing date for applications is 1st December each year and awards will be made the following February.

This fund is named in memory of former BENHS President Colonel Arthur Maitland Emmet MBE (15 July 1908 – 3 March 2001) and is financed by a generous bequest from his family. 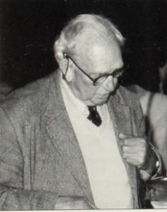 As a contribution to our 150th anniversary this year, the British Entomological and Natural History Society is delighted to award three travel bursaries to support the next generation of entomologists. We wanted to be positive during our celebrations – ‘looking forward to the next 50 years’.

The bursaries are for student and early career entomologists wishing to further their career development and will cover all reasonable travel costs and associated expenditure in the UK, or abroad, up to £750 per person.

This could be for an individual wishing to attend a conference or field meeting; to visit an individual or organisation; or to support the gathering of research data or some other valid proposal. Alternatively, it could fund a group activity or visit. Ideally, applicants will be existing members of the Society, but this is not essential.

The awards are administered by the Society’s Grants Committee and successful candidates will be expected to communicate the benefits resulting from their bursary. This might be as an article in the Society’s British Journal of Entomology and Natural History or in a talk, blog, video, on Instagram, or in some other medium.

If you would like to apply, please email a covering letter to the Society’s Grants Officer. This should not exceed 500 words and include the precise objectives and amount for which a bursary is sought.

The Marsh Award for Entomology 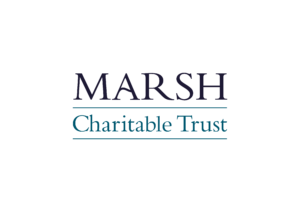 We are delighted to announce the first winners of the Marsh Awards for Entomology
a joint collaboration between BENHS and the Marsh Charitable Trust.

The Marsh Entomology Award recognises individuals working with any invertebrate family that have made outstanding contributions to entomological science.

2021
Tony Barber
Tony has been at the centre of national recording of centipedes since 1970 when the British Myriapod Survey was launched, and he has worked tirelessly to gather information and encourage others to do so. His activities include running the recording scheme, publishing keys, research papers and articles, and mentoring and helping others during field visits and through correspondence. The Survey aimed to increase understanding of the ecology and distribution of centipedes and millipedes.

Tony is also a lecturer in the Science and Mathematics Department at the College of Further Education in Plymouth where he has regularly taught entomology and contributed to courses on Insect Natural History. The knowledge Tony puts into his publications is essential and varied and helps to explain important ecological information. He has formed the British Myriapod and Isopod Group and has served as Chairman. Tony is active internationally, giving presentations and communicating regularly with overseas colleagues.

Tony has always been keen to communicate his enthusiasm to a wider audience, responding to invitations to attend events for young people. His encouragement to new and inexperienced recorders has been a notable feature and his knowledge of centipedes in the UK has taken a significant step forwards for others interested in this Order.

Ashleigh Whiffin
Ashleigh is an inspiring Assistant Curator of Entomology at the National Museums of Scotland, where she works enthusiastically with many entomological groups to promote her field. She is an active member of the Royal Entomological Society and sits on their Outreach and Development committee; she is also a member of the Malloch Society in Scotland and is the current Chair of the Edinburgh Entomological Club; she works with the Biological Records Centre to co-organise a National Recording Scheme for Carrion Beetles; and internationally, she is co-communications officer for the Entomological Collections Network.

Ashleigh recently collaborated with researchers in Australia to produce ‘A Guide to Public Engagement for Entomological Collections and Natural History Museums in the Age of Social Media’. She leads the national Carrion Beetle Recording Scheme, producing an atlas and her work has increased recording activity and awareness for conservation of these and other insect species.

Stuart Ball and Roger Morris
Stuart and Roger volunteer for and have re-energised the Hoverfly Recording Scheme. Stuart manages the database, and Roger does most of the validation of records submitted. By 2017, one million hoverfly records had been accumulated. The large volume of digitised records means that the scheme’s distribution maps give an accurate picture of the distribution of Britain’s 283 hoverfly species. The database has been used to produce some important papers relating to the impact of climate change and extreme weather events on the distribution, population numbers and phenology of Britain’s hoverflies.

Stuart and Roger have run training courses throughout Britain on the identification of hoverflies and fly families for the Wildlife Trusts, the Field Studies Council, and other organisations. In 2013, Stuart and Roger’s book ‘Britain’s Hoverflies, a field guide’’ was published and has been reviewed as a resounding success. 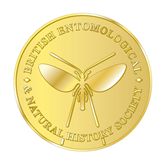 Commissioned in 2022 to commemorate 150 years since the foundation of the British Entomological and Natural History Society (formerly the South London Entomological Society) in 1872.

The Gold Medal is awarded to a person who in the opinion of the President and the Council has made an outstanding contribution to Entomology and Natural History.